Periodontal tissue (also called the periodontium) is the specialized tissues that both surround and support the teeth, maintaining them in the maxillary and mandibular bones. It provides the support necessary to maintain teeth in function. It consists of four principal components, namely:

The gums or gingiva, consist of the mucosal tissue that lies over the mandible and maxilla inside the mouth. Gum health and disease can have an effect on general health.

The periodontal ligament, commonly abbreviated as the PDL, is a group of specialized connective tissue fibers that essentially attach a tooth to the alveolar bone within which it sits. It inserts into root cementum one side and onto alveolar bone on the other. 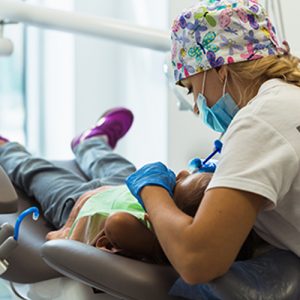 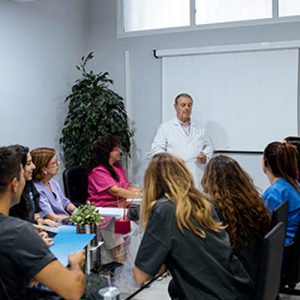 The cementum is a specialized calcified substance covering the root of a tooth. The cementum is the part of periodontium that attaches the teeth to the alveolar bone by anchoring the periodontal ligament.

Also called the alveolar process is the thickened ridge of bone that contains the tooth sockets (dental alveoli) on the jaw bones that hold teeth. In humans, the tooth-bearing bones are the maxilla and the mandible. The curved part of each alveolar process on the jaw is called the alveolar arch.
The tissues of the periodontium combine the form an active, dynamic group of tissues. The alveolar bone (c) is surrounded for the most part by the sub epithelial connective tissue of the gingiva, which in turn is covered by the various characteristic gingiva epithelia. The cementum overlaying the tooth root is attached to the adjacent cortical surface of the alveolar bone by the alveolar crest (I), horizontal (j) and oblique (k) fibers of the periodontal ligament.

Each of these components is distinct in location, architecture, and biochemical properties, which adapt during the life of the structure. For example, as teeth respond to forces or migrate medially, bone resorbs on the pressure side and is added on the tension side. Cementum similarly adapts to wear on the occlusal surfaces of the teeth by apical deposition. The periodontal ligament in itself is an area of high turnover that allows the teeth not only to be suspend in the alveolar bone but also to respond to the forces. Thus, although seemingly static and having functions of their own, all of these components function as a single unit.

Site Map
open all | close all